Travelling. Exploring. Stories and adventures. When you hear them spoken from other people’s mouth, when you read about them, or hear a song that reminds you of a certain place you’ve been to – these are all little triggers that make you want to explore more, travel deeper and embrace the world. Every traveller has their own trigger that brings the desire to travel further, and for us, this “wanderlusting” trigger is watching a good travel movie.

If you try to google “best travel movies”, you will get a list of plenty typical movies some of us have watched over and over again. I am not saying that movies such as Motorcycle diaries, Into the wild or Slumdog Millionaire are not worth putting on this list, but what we would like to share with you are not those cliché movies we all know; we would like to be very personal, and share not only the movies that are directly related to travelling, but also those ones that, for some reason, have brought an inexplicable desire in us to travel and never stop doing so. Of course there will still be some movies that most of the travellers know by heart, but we hope that you will also be inspired to watch a movie from this list you yet don’t know.

This beautiful movie by the Spanish director Icíar Bollaín connects two completely different stories in to one. On one hand, we have a group of Spanish crew that is planning to film a documentary on Columbus and the discovery of America in 1492. With everything prepared for filming, they travel to Bolivia, the poorest country in South America, with the purpose of finding native people to act in the movie. With big ambitions and a small budget, the director puts a lot of pressure on his crew as he wants the filming to be finished as soon as possible. Throughout this story, we get to know the history of the conquer of America and the subsequent rebellion of the natives that went through countless tortures in order to please the new conqueror. However, in the middle of filming Bolivia enters into a heart-braking war for water privatisation. Demonstrations take over the country, the situation becomes more dangerous day by day, and it is now up to the movie crew whether they want to stay to finish filming the documentary and help the locals, or should they go home and leave everything behind.

I’ve watched this movie at least five times, and I will probably watch it at least five times more. Not only that the main actors, Luis Tosar and Gabriel García Bernal (yes, ladies, that’s Che Guevara from the Motorcycle diaries!) exceed all expectations in terms of acting, it also represents two breathtaking true stories in two different historical moments. 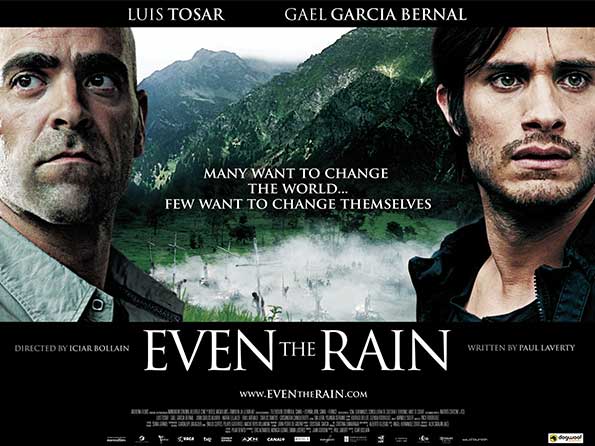 This is the most entertaining, cultural and raw Indian movie you can possibly imagine. No Bollywood scenes, which adds a great value to it in our opinion 🙂

A simple story about a simple Indian woman that lives a simple life, faithfully trying to please the meaningless relationship with her husband. The No.1 thing to do to satisfy her husband is to prepare him a lunchbox while he’s at work; day by day she makes up new recipes, talks to her neighbour to get advice on cooking, dedicatedly prepares every single dish and waits for her husband to come back home and tells her how was his lunch.

One day, the courier delivers the wrong lunchbox to her husband as there are two exactly the same looking, while the original lunchbox goes in to another person’s arms (or stomach should I say? :). From here on, you’ll get a fantastic story, according to my favourite quote EVER: “Sometimes the wrong train will get you to the right station.” How true is that? 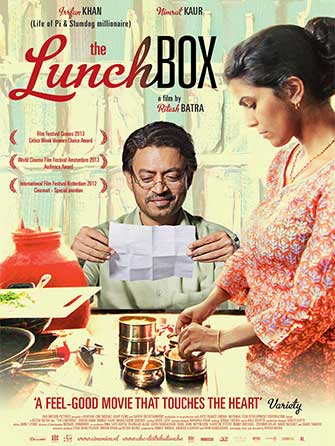 This is one of the craziest movies you’ll ever watch, I can promise you that. Such a fantastic and funny story about a Korean business man that wants to commit a suicide by throwing himself into the river, and ends up in the deserted island just a few miles from the big city, surrounded by rubbish and extremely polluted water. One day, a girl that lives in a city skyscraper and observes the outside world through the binoculars by never ever leaving her room, spots a strange guy trying to figure out how to grow wheat in a deserted island. Very entertaining thing, I tell you, and really worth giving it a try! 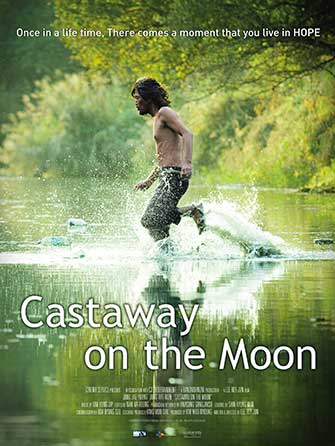 Back to drama. The Salt of the earth is a mesmerising documentary about the Brazilian travel photographer Sebastiao Salgado who travelled the whole world and documented his experiences in different photography books. Starting as a hobby, the photography became his profession, and this is a story about his life and his travels. A story that totally changed my perspective on travel photography as such.

These days, a so-called travel photographer can be anyone who carries their super expensive camera with them to take a picture of every single coffee they have, or of every single street they visit in a new city, only to realise that they don’t even know how to manage their 3000$ worth camera, and they probably never will. No problem, Instagram editing feature will fix it all. A contemporary travel photographer (sadly I admit that we also belong to this group!) will only post photos of beautiful places, happy moments, delicious food or spectacular views, but, hey, all this overwhelming happiness is NOT THE WORLD WE LIVE IN! The truth is that, although this planet has some amazing places to see and beautiful people to meet, it is also a tough place for those who fight for survival day after day. Sebastiao Salgao travelled to many of those places, and revealed their every little secret. He took pictures of people dying in Africa from hunger; he documented pictures of people working like slaves in Brazilian mines; he travelled to remote places to spend time in nature and study its wildlife. He took unimaginably beautiful pictures of landscapes and people, and heart-braking pictures of every day life. The whole selection of his photography reveals his thoughts, his feelings and the little secrets of this beautiful earth. THIS is what I call travel photography.

Of course you’ve seen this one! Haven’t you? If not, you’ve got plans for tonight! 🙂 This movie will take you to the sky, right at the top of the Nepalese Himalayas. Once you get there, you won’t want to come back home.

A story of the Himalayan villagers that take a caravan full of salt in order to bring it to the lowlands and trade it for grain develops into a story of rivalry of two generations, fighting for leadership of the caravan. The rivalry between the old chief and a young villager that represents the gap between two generations and their beautiful tradition.

Ever since I saw this movie back in 1999, I wanted to travel to Nepal to see the magnificence of the highest mountain range in the World. In 2014, Nejc and I finally made it there and couldn’t get enough of it. Once you’ve seen the grandeur of the Annapurnas you start to understand how small and helpless a human being is compared to the nature, the world and the whole universe. 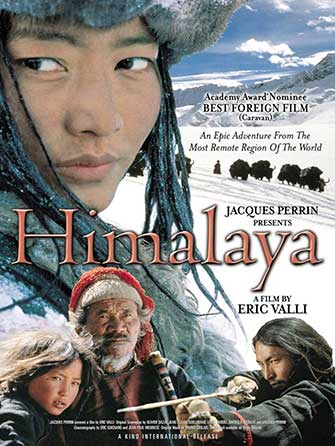 I think I am addicted to mountains. Sometimes I feel like watching an action movie, but instead of that I would search for a movie that tells a story about a climbing disaster. Not that I enjoy watching other people struggle for survival, but some action from time to time does no harm 🙂 So, one day I googled “the best climbing movies” and I came across this one.

This is actually not an “action climbing movie”, but a documentary about two friends, Yates and Simpson, that climbed one of the most dangerous mountains in the Peruvian Andes back in 1985. On their way back, Simpson brakes his leg and both climbers try to struggle their way back down. In order to climb down a dangerous precipice, they tie two ropes together, trying to lower Simpson first, but he doesn’t make his way down to the ground as the knot gets stuck in the belay plate. Due to extremely bad weather conditions, the two climbers can’t communicate with each other. Yates stands there for hours, feeling the weight of his friend’s body on the rope, without knowing why he didn’t make his way down. Suspecting that Simpson might be dead, he is forced to cut the rope in order to save his own life.

This story really touched me and still remains one of the most powerful documentaries I’ve seen so far. Being forced to take the decision to potentially end up with your friend’s life in order to save your own on one side, and on the other side being left alone in the middle of the storm, with no water and a broken leg in one of the highest mountains in the world is far more than just an “action climbing movie”.

If you like this kind of stories, I also highly recommend 127 Hours (2010), another biographical surviving drama that takes place in Utah, USA. 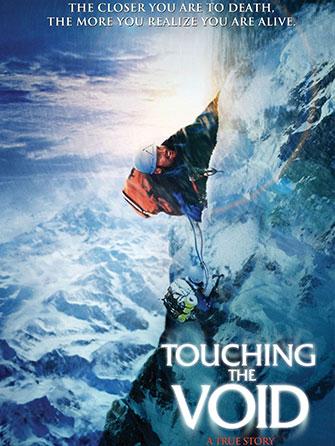 Another biographical story, this time about an Australian bohemian Robyn Davidson who, in 1977, walked all over form the East coast through the Australian outback to reach the West coast after nine months of walking. She also wrote a book about her experience, about how she had been training her four camels that took her through the journey, and how she learned to survive in the harsh Australian desert.

This kind of stories are always fascinating to me,and they make me think about what travelling actually means. There are so many discussions amongst the so-called travellers what is the difference between being a traveller and a tourist, but I come to the very same conclusion over and over again: no matter how adventurous, low-budget, off-the-beaten or interesting your journeys are, if they don’t lead you to get to know the deepest truth about yourself, you will always remain “just” a tourist. 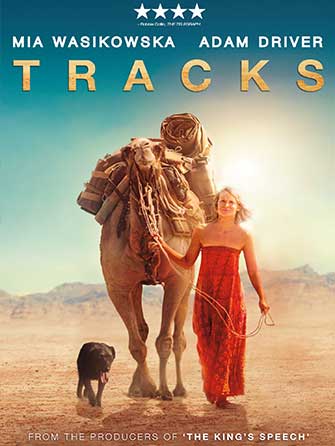 Guess what – another true story! 🙂 I am pretty sure you’ve at least heard about this move, if not already watched it, but I loved it so much I have to put it in this list.

A fantastic memoir of a Polish prisoner who escaped from Gulag with a few other people and walked from Siberia all the way to Mongolia to escape the repressions of the World War II. Apart from another inspiring story, you’ll get images form the most beautiful Central Asian landscapes. Who wants to visit Mongolia with me? 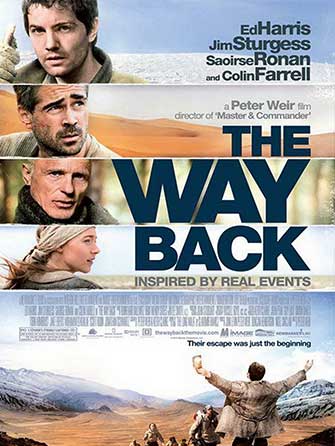 Sooooooooo, which was the very first movie you watched that inspired the wanderlust in you? If it wasn’t White Fang, I want to know about it! 🙂

I am pretty sure no one needs the description of this beautiful fairy-tale about the friendship between the American explorer Jack Conroy and White Fang, the wolf. Set against the beautiful backdrop of Alaska, this movie is a must see for everyone. 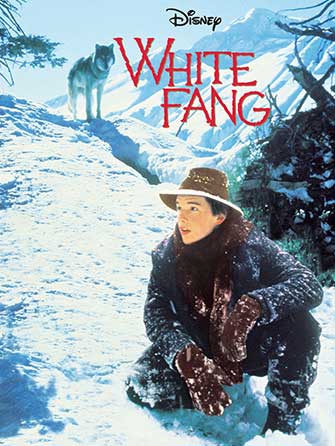 6 thoughts on “9 MOVIES THAT WILL MAKE YOU START WANDERLUSTING TODAY!”