Crossing the border from India to Nepal was so much fun! Not many people do it from the west, so we were almost the only foreigners there. It took us forever to get from Haldwani to Banbasa (India) and over to Mahendranagar (Nepal), but it was absolutely one of the experiences to remember.

From Haldwani, we took a long, long bus along the gravel road and got down about 10km before the border in Banbasa. Of course there were many bicycle rickshaw drivers waiting to offer us the ride to the border, and we hired two of them to take us there. We drove through a small and quiet Indian village (no motor rickshaws there!) where everybody seemed to know each other: our drivers were talking to their friends and saluting salesmen on the market; people were greeting us with a smile, asking us for our names, selling “pani” (water) and many other things they had to offer. We reached the Indian border after about 45min when we spotted the most simple immigration office you could imagine: it was situated in the middle of nowhere, surrounded by locals, farms, cows and other animals, and we needed to search around to find the officer who checked our passports. We waited quite some time there so that they did all the necessary procedure, talking about random things with the officer. After a while our drives finally took us to the Nepali side of the border. The officers there were incredibly nice, giving us some useful instructions about Nepal and asking us about our trip. When we managed to do all the official part of the crossing, we boarded our last rickshaw of the day (and the first one in Nepal) that took us to the closest town, Mahendranagar.

At first we didn’t really realise we were in another country: the streets were still full of people, vehicles, trash and dirt; the dust was blowing right into our faces and the honking was still the first thing to hear when on the street. But there was one big difference we noticed as soon as we crossed the border: there was no one pulling our sleeves to get us into their shops and trying to sell us all sorts of things. One thing was clear from the beginning: Nepalis are very nice and respectful people. 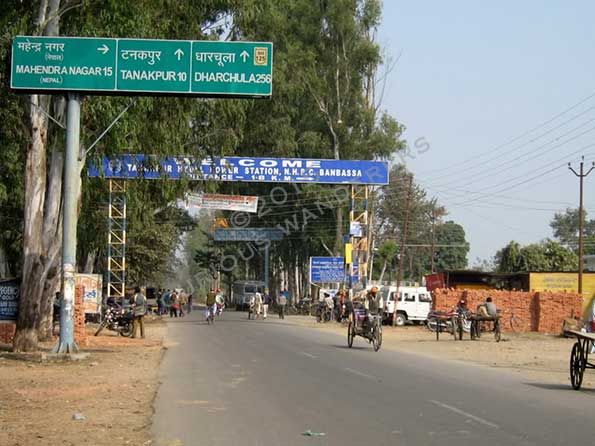 It didn’t take us long to find a decent room to spend the night, and the rest of the day was real fun. We spent it with other foreigners we met in our hotel. Unfortunately, we didn’t have much time to rest since the next long bus drive was awaiting us the very next day: a 17h bus drive to Pokhara. It felt like it was going to be the toughest drive ever, but except for a flat tyre, which took another 1,5h to fix, it wasn’t so bad at all.

We woke up the next morning, still on the bus when the sun was just about to rise. We knew our final destination shouldn’t be far anymore, and we started looking through the window with excitement. We couldn’t see much because it had been raining the whole night, but early in the morning the sky started to clear up and in a couple of hours the clouds slowly uncovered the most beautiful mountain in the world. Fish tail, or Machhapuchhre, the Nepali holy mountain, was the first thing to see when arriving in the mountain area, and we couldn’t believe our eyes: it was the most majestic mountain we have ever seen. Pokhara welcomed us with an amazing view, and we immediately felt it was going to be a very special place for us. And so it was.

We found a room in a very quiet area in the city, and the first couple of days it was almost a bit too quiet for us. We were used to loud Indian cities, so we felt like there was something missing in Pokhara. This might sound funny, but after spending more than three months in India, we were really missing its entire chaotic atmosphere. Although India sometimes makes you feel like running away and never coming back, we only knew how powerful it is once getting out of the country. We felt confused, and it took us about a week to get used to the new environment. 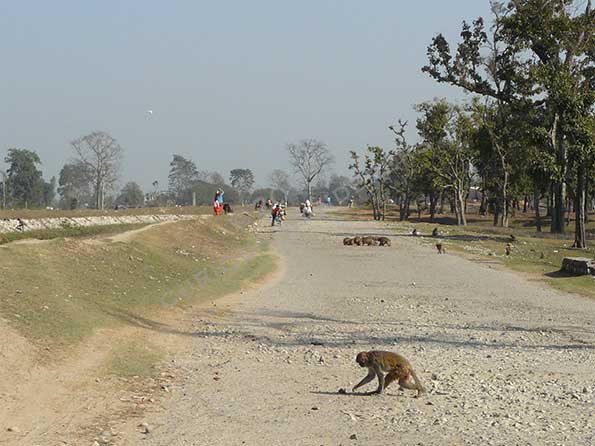 The first few days we were just resting, but soon we started to feel very excited to see the beautiful mountains of Nepal. From Pokhara, you can visit the World Peace Pagoda from where you can get a beautiful panoramic view of the Himalaya, but unfortunately the visibility was only nice the day we got here. After the dry season, the air in Nepal fills up with dust, and the sky only clears up after a day or two of rain. We waited the whole week to get the opportunity to climb up to the pagoda, but with no luck. However, we spent our time preparing everything we needed for probably one of the most beautiful experiences of our trip: trekking in the Nepali mountains. We chose to do the Annapurna circuit, one of the longest and the most challenging treks in Nepal. The highest point of the trek – a pass that you need to cross – reaches 5400m, so you need to plan your acclimatisation very carefully. It takes three weeks to complete the trek, and we really wanted to get well prepared. First of all, we needed two permits for each of us, which we got on the other side of the city (click here to read all you need to know about trekking permits in Nepal). Second, we needed to extend our visa for 15 days (you only get a 30 day visa on arrival). It was quite a walk to get all this things, but we also needed some additional things to buy for the trek, and walking along the main street of Pokhara offered us a whole range of different types of fake mountaineering shops. After we got the permits, the visa and some more equipment, we were ready to head off to one of the most beautiful places in the world – the Himalaya.

27 thoughts on “ARRIVING IN NEPAL: CROSSING THE BORDER FROM BANBASA TO MAHENDRANAGAR”