The six months we’ve spent in Auckland were something special and unique. We arrived to New Zealand pretty much broke, knowing we had to make it work. And so we did. We both got full time jobs in hospitality, rented a room in a nice house and practically started a new way of living. 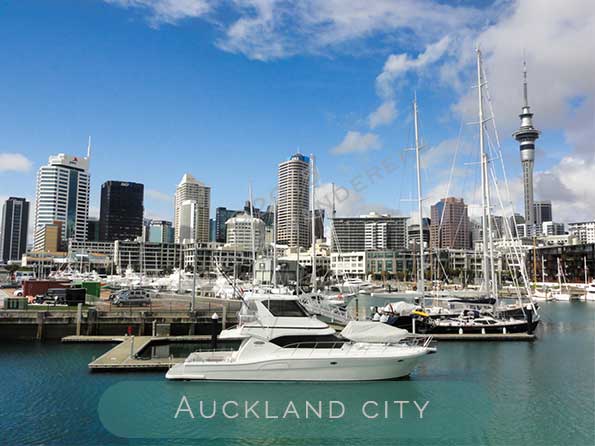 It felt weird and different to be back in a daily working routine but in the back of our minds we knew it was only going to be temporary. The fun part was getting to know the people around us. Our wonderful multinational flatmates, our new coworkers many of which also became our new friends, and even all the Kiwis that we interacted with on a daily basis at our work place. We found them to be very friendly and polite but never afraid to ask us personal questions as well. Apart from the usual “good day” and “how are you”, they were curious and often asking us where we’re from, how are things back home and similar things, really getting personal in a very casual and appealing way.

During these months we were saving as much money as possible, what meant spending less. So we didn’t go out much and barely discovered anything else in Auckland apart from the busy city centre area, our neighborhood Parnell and a few spots outside the city where our Slovenian friends Eva and Marko took us. The problem was not having our own means of transport. Since we also needed a van to travel the rest of the country with, it was time to invest some of our hard earned money and buy one. 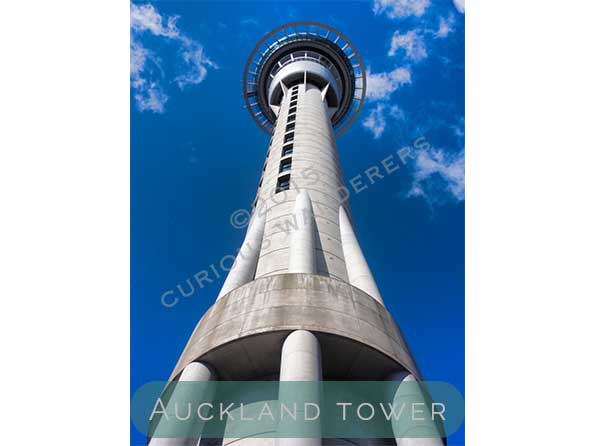 In New Zealand campervans are very common, especially amongst backpackers and travellers because it’s the best way to travel around the both islands, which are full of basic but budget campsites. The whole country is in fact full of campervans and they get sold and bought in numbers every day. Since we were not in a rush we took our time and checked out a few before decided on buying. Eventually we bought an old but well maintained, fit and mechanically sound Toyota Estima. It is a very common type of car used as a makeshift campervan. Originally it was a six seater but the back four sits have been taken out and a bedframe and small kitchen built in. A very popular design which gives you a lot of options while traveling. We ended up spending more than we originally planed, but the 4000$ price seemed reasonable considering all the other options on the market. 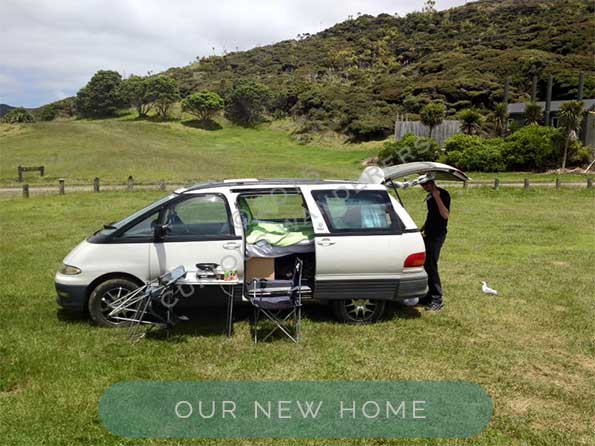 While searching for and buying a campervan was more of my task, Rea had her own. During our last couple of months, she did a lot of research, planning and made a plan. The plan. The detailed itinerary of our long trip around New Zealand. She marked and underlined all the places and things we are going to see and decided which treks we will be doing. The beauty of it is that it’s not a time schedule. We will not be pushed and rushed but left with overtime to enjoy the things we like more and move on from things we like less, which is very much in our Curious Wanderers spirit and way of travel.

Moving on and leaving Auckland was bitter sweet though. On one hand it was hard to leave a place of comfort that we found in our house, all the people that we’ve met and gotten used to and all the new friends we’ve made, but on the other hand we knew it was going to be like this. Our minds where set on traveling the country, our feet were itchy and we could feel our traveling spirit getting the better of us. And so we left, out of the city, up north first, towards the new adventures that await…