After our trek and after more than a couple of days of relaxing by the lakes, we got on the bus towards the Neapli capital, Kathmandu. It was another one of those long bus drives but by now we were already very used to it. 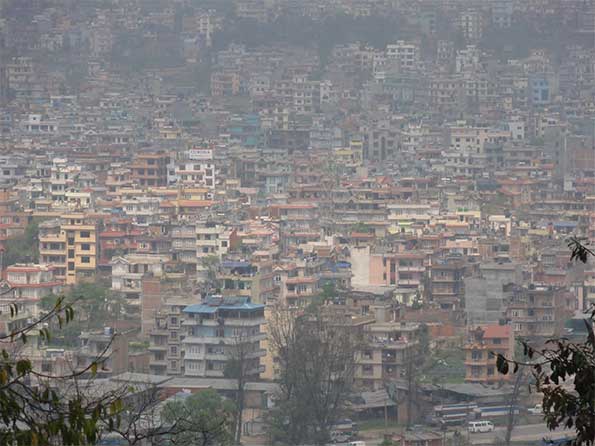 Reaching the big city, we immediately noticed how dusty it is. It reminded us a lot of the big Indian cities but it lacked the cows and rickshaws on the street and for some reason it seemed a lot older. We found accommodation in the tourist district called Thamel. The area is very tourist orientated with lots of souvenir shops, book stores, western and Nepali restaurants and, of course, a whole fleet of taxi drivers offering their services. But as soon as you step out of the “Thamel tourist pocket” you get the real feel of Kathmandu. The old and narrow streets are full of people, all kinds of shops, tiny doorways often leading to hidden courtyards, small shrines, temples and stupas with pigeons flying around everywhere. Most of the streets really feel old especially with the detailed carvings on wooden balconies and window shutters, which have been there for hundreds of years.

These streets of the old town eventually led us to one of Kathmandus biggest attractions – The Durbar Square. The former royal square houses the old temples and buildings which where a part of the royal family. The buildings are truly remarkable as they show their age and amazing architecture. One of the buildings is home to a living goddess called Kumari. She is a young girl and she is worshiped until she reaches puberty, after which a new Kumari is chosen. She lives in her own small palace and looks out of her window with curiosity every once in a while. 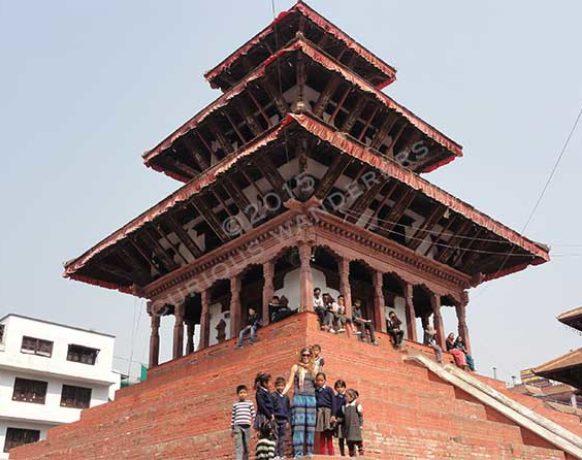 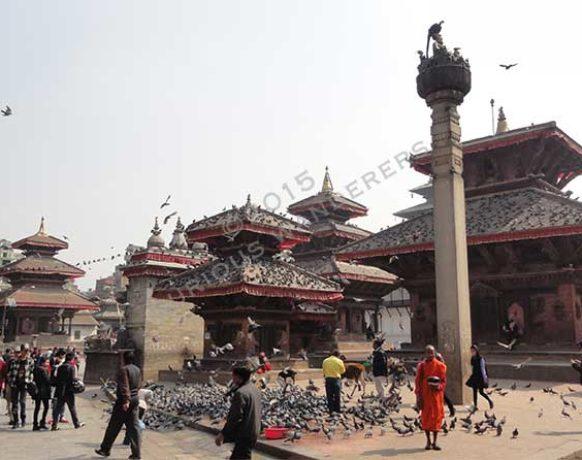 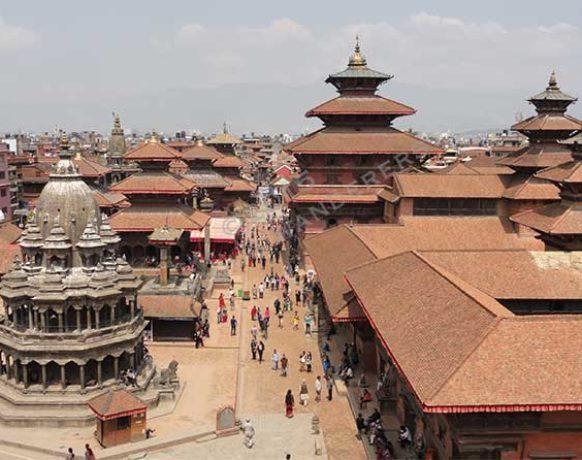 Other buildings and temples are not used anymore but they stand to show the beauty and greatness of the old Kathmandu. They try to charge an expensive entrance fee of almost 10$ for going in to the square, but as it is completely open for locals it is possible to sneak inside without paying, which we managed to do. And also some other places where very easy to get in to with out paying.

“Sneaking” in to sites saved us some money, as did some long distance walking and taking as little rides as possible. We opted to walk a lot and get the real hands on approach and thus experiencing the capital more fully. We walked to Pashupatinath, a Nepal version of Varanasi, where the Hindus cremate the bodies of their dead next to the river. 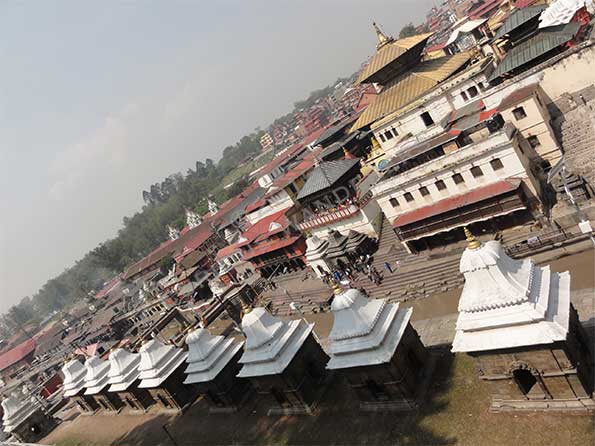 After exploring the surrounding temples and small stone shrines full of Sadhus, we walked towards the big white Bodhnath stupa. It’s one of the biggest stupas in the world and we saw a lot of foreign Buddhist monks coming to show their respect. It was funny to see all this monks carrying smart phones and taking pictures with their friends, but we guess that Buddhism is keeping pace with the latest technology. The stupa itself was really amazing. Enormous, snow white and golden, there was something deep and magical about it, which really made us appreciate it. 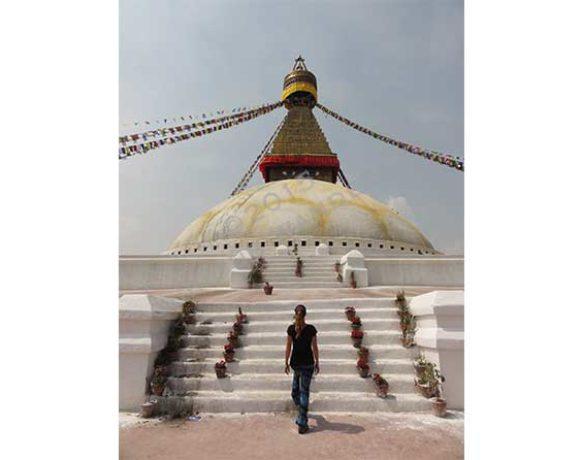 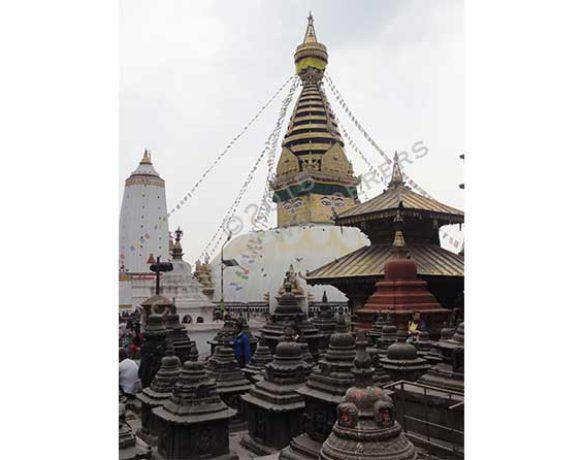 On the other side of town, we visited its cousin, the Swayambhunath stupa. Situated on a hill and overlooking the city, it’s smaller but just as impressive with dozens of little shrines surrounding it. And on the hill footsteps lay three golden Buddha’s, constructed just recently; they are quite new compared to everything else in Kathmandu.

We also spent a day in Patan. Once a city by itself, it is now being swallowed by the ever growing Kathmandu. It’s streets, buildings, temples, courtyards and squares seem even older than the ones in old Kathmandu. But the vibe here was much more relaxed and the streets not so busy. We spent the whole day walking around, taking pictures of all the interesting old houses and breathing in the relaxed spirit. 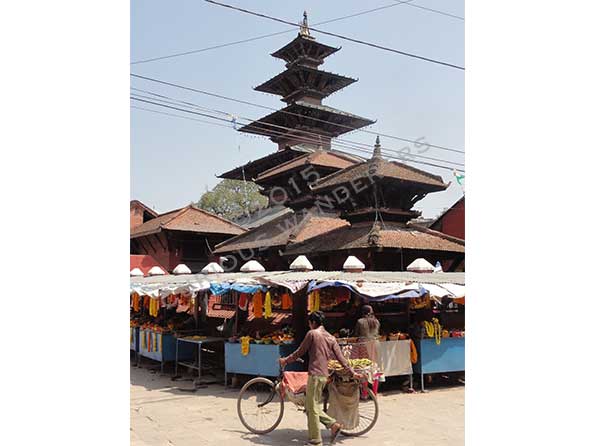 After all the hard walking in the dusty streets and seeing plenty, we slowly had enough and where excited to fly to Thailand. But our last day just didn’t seem to end as we where stuck on the airport waiting for our delayed flight for hours. In the end our flight, as well as six others, got cancelled due to bad weather conditions. Having a flight cancelled is never fun, but to make matters worse the flight company had no idea how to solve the problem. A big chaos was on when about a thousand passengers started asking questions at half a dozen employees who had no solutions or answers. After a couple of hours they eventually found a hotel for everyone and arranged the transport there and back to airport the next day. The hotel they provided us was very luxurious and we really enjoyed staying in a comfortable and a completely clean room after a long time. The next day we were luckily on the next flight to Bangkok, excited about the adventure that laid ahead.

Thank God, we left Kathamandu three weeks before earthquake happened. The damage is unbelievable; we cannot imagine that we had a chance to visit beautiful arquitecture of KATHMANDU AND PATAN DURBAR SQUARE, which is now almost completely destroyed by earthquake. The catastrophically powerful 7.8 magnitude earthquake that struck Nepal on Saturday has so far killed more than 2,300. It’s so sad, personally we are very much affected, help Nepal with contributions… 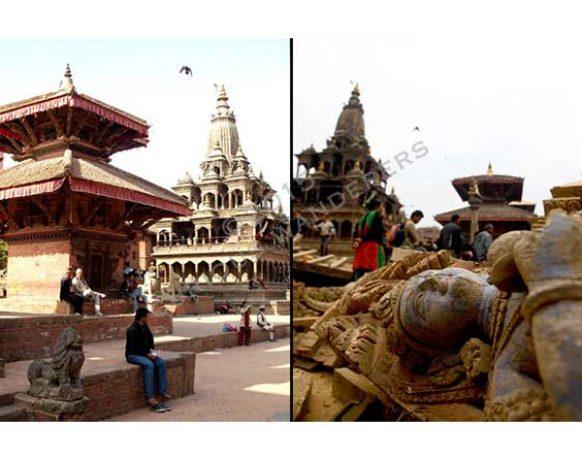 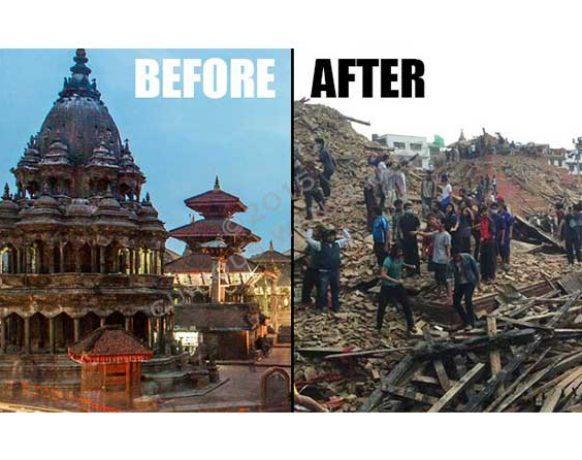 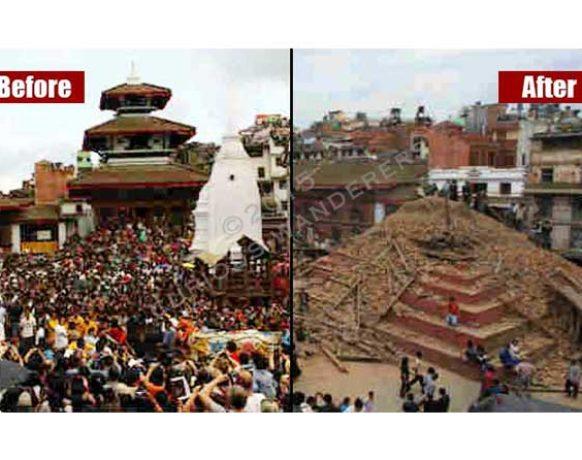 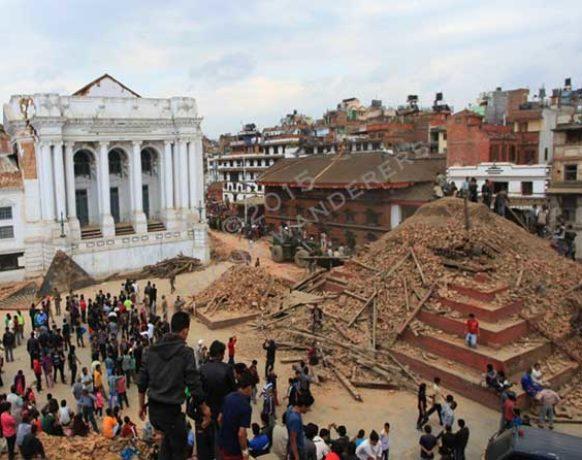 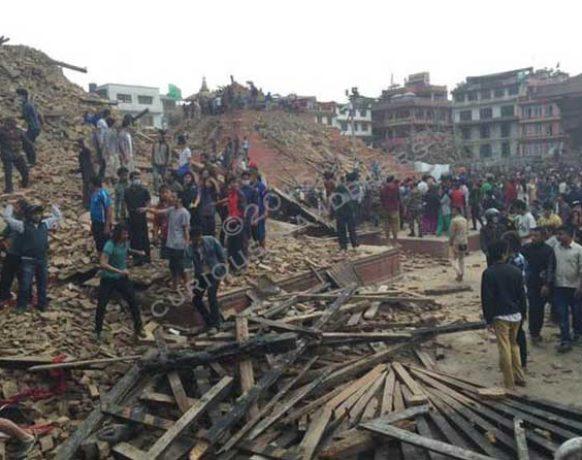