Traveling in Sri Lanka was very interesting, especially because neither of us has ever been in a country so different than ours. We’ve experienced the way of living on another level and we would like to point out a few of our observations.

The people of Sri Lanka are very warm and helpful. Not only that they helped us a lot with directions all of the time, but you could see that they are very helpful towards each other as well. On the crowded buses, the person sitting will always keep the bags of the person standing in his LAP. And everybody makes room for the elderly, pregnant women and monks. We also saw the bus conductor, during moving at a high speed, warning the motorcyclist that his wallet was about to drop out of his pocket.

The locals were very happy to try out their broken English and talk to us, ask us where we’re from and wanted to give us the best impression of their country as possible. The ones that didn’t have the courage, maybe because of their lack of English, were observing us with a big smile on their face. Sri Lankans are truly a warm, welcoming, helpful and beautiful people.

Obviously, the food here is a lot different to ours. They use a lot of spices that are pretty much unknown to us and even some of the vegetables we ate were something completely new. Rice and curry were on the menu almost everywhere, but they have so many other dishes and we didn’t even get the chance to try them all.

Rotti, a pocket made from thin dough with different fillings such as veggies, chicken, egg or fruit, and Kottu Rotti, made from the same ingredients but chopped and sliced into strips, were one of our biggest discoveries.

The high selection of delicious tropical fruits and fruit juices was also something we enjoyed a lot. There was coconut, papaya, mango, pineapple and avocado everywhere. All were really fresh and incomparable to those we can get back home in Europe.

The Sri Lankans also have their funny street food. Every other small shop is selling snacks such as egg, vegetable or fish rolls. Some look like Italian cannelloni, others are triangular but every single one is spicy. We ate a lot of these since they are very cheap, tasteful, filling and could be found around every corner. Another Sri Lankan street snack is Hoppers, a bowl-shaped pancake, served with hot chili sauce or with an egg cooked inside of it.

Milk and buffalo curd was also something we enjoyed frequently. It reminded us of our home because it’s pretty much the same as our “sour milk” (kislo mleko). But in Lanka, it’s eaten with fresh fruit and honey. It’s a very healthy and refreshing meal indeed, also one of our favorites. 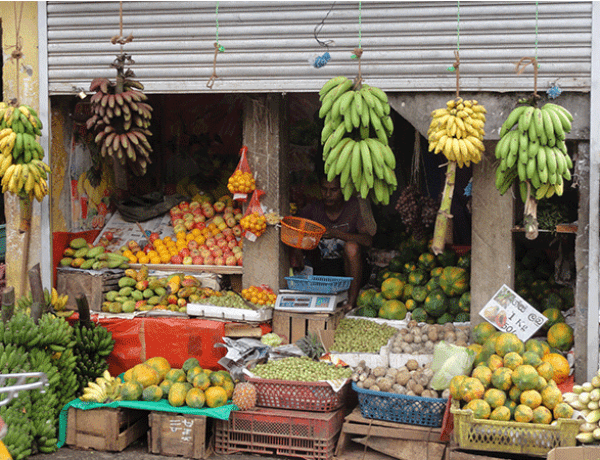 Fruit all over around 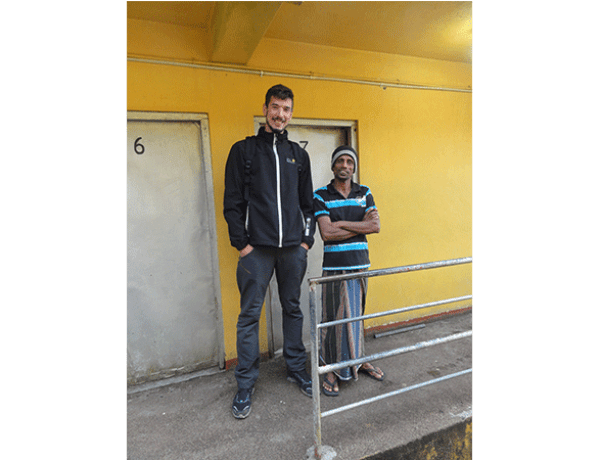 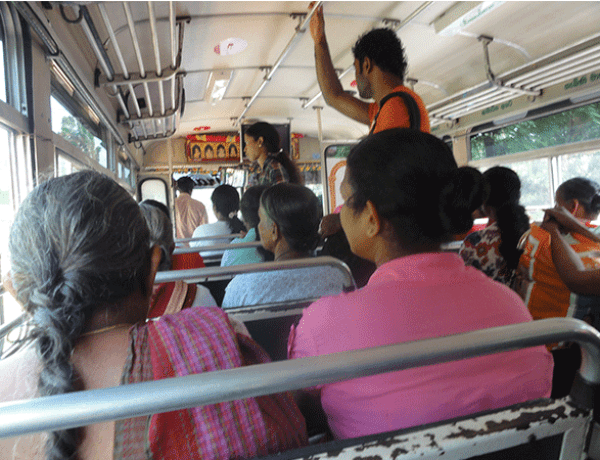 On the public bus 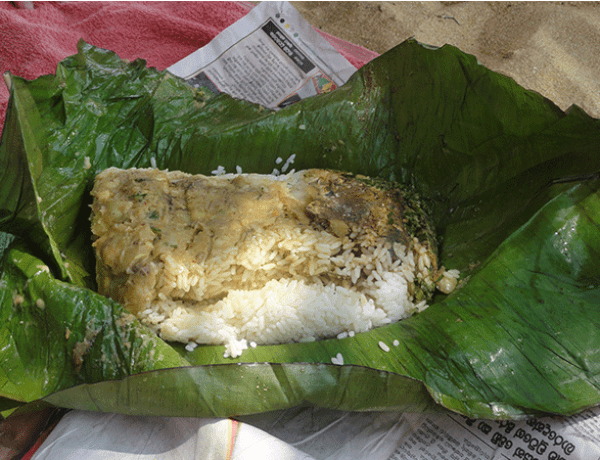 Rice and curry in banana leaf 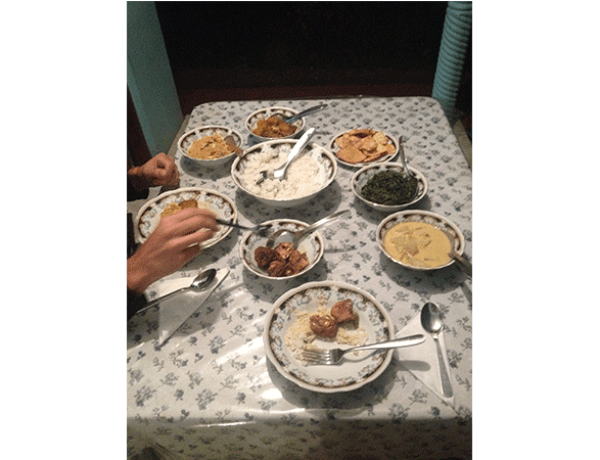 Definitely, the best way to get around and travel in Sri Lanka. They are crazy cheap and driving almost everywhere. The main bus stations in towns might be a bit disorientating but with the help and directions from the locals, it’s always easy to find the right bus. One might think they’re slow, but more often than not it’s the buses who are overtaking everybody else on the road. They drive pretty fast because they don’t want the bus behind them to overtake them and pick up their passengers. The constant horn honking is a must for them to warn others of their presence. The best thing about these buses isn’t the crazy cheap cost for a thrilling ride, it’s the chance to really mix in with the locals, see the daily habits of different people and observe the surroundings from one of the best points of view.

Many people think that Sri Lanka is an undeveloped third world country and in some ways it maybe is. But we found out that it’s much cleaner than we expected. Of course, there is garbage found in many places, even burning piles of it somewhere, but it’s really not that bad.

Also, the water is fine, drinkable everywhere just with an aftertaste of chlorine in some areas around the coast. We’ve met foreigners that only drank bottled water and even used it to brush their teeth, but we ended up buying just three or four bottles for our whole sixteen-day trip. Drinking tap water didn’t turn out to be a problem at all.

Tuk-tuk and taxi drivers might ask to give you a lift all the time, but after you say no to them and explain that you are taking a bus, they stop harassing you and often kindly direct you to the bus stand. So even though you might get the idea that everyone wants something from you or wants to take you for a ride, it’s not the case. A young tuk-tuk driver, that knew where we were staying offered us a free 2 km ride and at a guesthouse in Dambulla, we got 4 bottles of water for free from the owner for our daily trips.

Cigarettes in Sri Lanka are really expensive, even more than in Slovenia. Maybe that’s the reason you rarely see any of the locals smoking. But they have a different nasty habit. A lot of people chew this red stuff and then they keep on spitting it out on the floor. At first, we thought it was blood, but soon realized it was not. They chew tobacco, nuts, and herbs, all rolled in a betel leaf. It’s very similar to chewing tobacco, but it produces this bloody red color that makes their teeth and mouth red, and their constant spit really looks like blood. I don’t know what its effects are, but it’s hard to decide which habit is worse, smoking or chewing on this red stuff.