The Routeburn track is the second most popular of the nine New Zealand great walks. It is situated right on the border between the Mount Aspiring and Fiordland National Parks. As devoted hikers (or at least that’s what we’re trying to be :)), we wanted to explore its unique nature, and Routeburn was high on our NZ bucket list. But being popular means really popular, and we already got stuck when trying to book the bunk beds in the huts.

The hut prices for the great walks range from 22 NZD to 54 NZD per person (to see what facilities they offer read about our Kepler track experience), and we knew it was going to cost us quite some money to cross off the Routeburn from our list, but, hey, that’s what we were working so hard for, right? However, when we tried to prebook the track in December to do it in February, we realized that there is not a single bed left to be booked until late March. Apart from the fact that it was fully booked, there is another huge inconvenience about this track: it starts in The Divide on the way to Milford Sound, and it ends on the other side of the mountain range, in Glenorchy, meaning that the whole track is basically a mountain pass. The two points of the track are not connected with the road through the pass; the only way to get from one point to another is by driving on a 300 km long road. Disappointed, but not discouraged, we thought of another and much better plan. 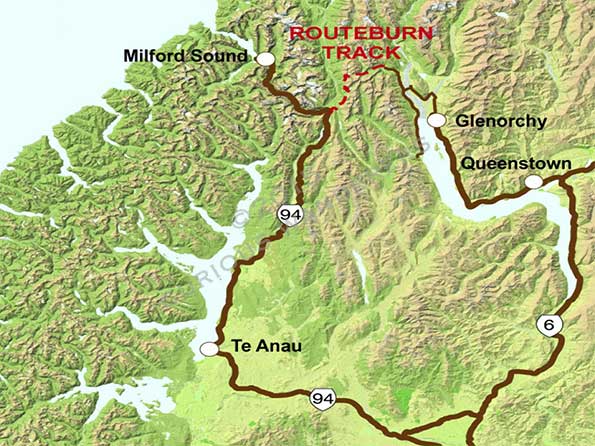 Both Milford Sound and Glenorchy are very preferred tourist destinations, and visiting those two beautiful places was already in our plans. We studied thoroughly the whole Routeburn track, and since it is only 32km long, we came up with a great idea of doing half of the track and back from one side, and then repeat the same from the other. Unfortunately we weren’t lucky with the weather on the Milford side and we therefore skipped that half of the track, but we were lucky enough to be able to do the other half when the weather was on our side.

On our way to Glenorchy, also known as the gateway to Paradise, we also stopped in the oh-so-famous Queenstown. Situated next to a lake, it is probably the most popular NZ destination, and we were really curious about what it had to offer. Apart from thousands of shops, restaurants and cafes stacked one next to another in little narrow streets in the centre of the town, we found nothing that could possibly interest us. Since it offers thousands of different activities, it is mostly a destination for those that have money to spend. Well, that’s just not us. After an hour long struggle to find a car park, we had a quick stroll through the city (just so we can say we’ve been there :)), and headed towards the beautiful village of Glenorchy.

We settled down in a nice camp in the middle of nowhere to wait for the better weather. It was still pouring rain when we arrived, but after two days the sky slowly started to clear up, and we were finally ready for the great walk. 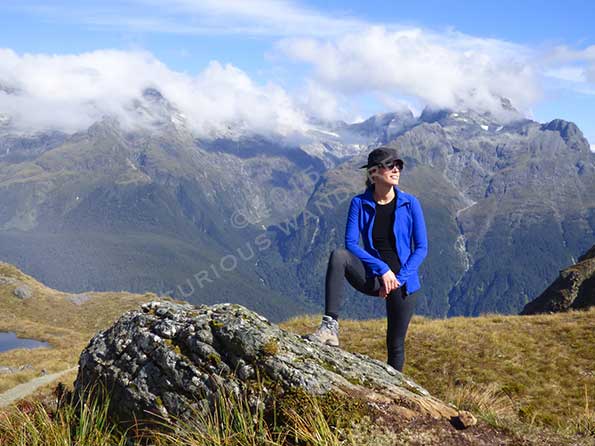 We started walking at 7.45 am, and sadly realized that the sky was still full of clouds. As we started to make our way higher up through the forest, we were getting deeper and deeper into the never ending fog. The visibility was very poor, and with every step we made we were more worried whether we would be able to get at least a little glimpse of the nature surrounding us. However, there was one “big” thing that happened to us when we were walking up the paths of the forest: we crossed our ways with kea, the only existing alpine parrot in the world. 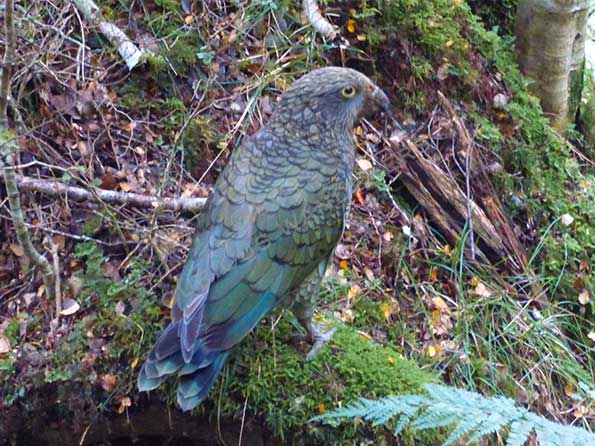 We made it to the Routeburn Falls hut quite fast, and we stopped to have a break. The clouds were still completely covering the valley in front of us, and knowing that we had only 2h left to the highest point of the track, we were feeling a little discouraged. We spoke with the nice ranger that is taking care of the hut, and he sparkled a little bit of hope in us, saying that the visibility might be clearer up in the saddle. But despite the cloudy and foggy weather, we were still enjoying the track as trekking is not only about perfect views, but also about feeling the nature and the beautiful energy spreading around. We continued walking with low expectations, and just before reaching the top we came by a really nice surprise. This might sound as something from a fairy tale, but as soon as we reached the saddle, the sky cleared up completely, and the most stunning view revealed in front of our eyes: the beautiful mountains of Mount Aspiring National Park covered with snow and glaciers on one side, and the golden tussock spreading up on the hilltops on the other. It was a perfect day. 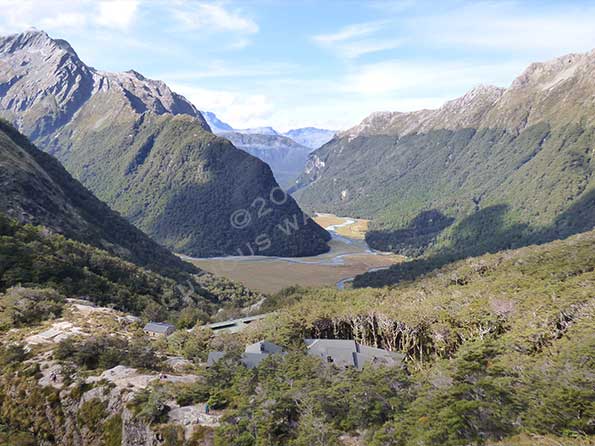 We rested in front of the shelter, soaking up the beautiful sun and enjoying the fresh air. We had a heavy and healthy lunch that Nejc prepared beforehand (man he knows how to cook!) when we suddenly spotted some people continuing the hike up in the mountain right in front of us. After a good rest and recharged with energy, we decided to follow them. 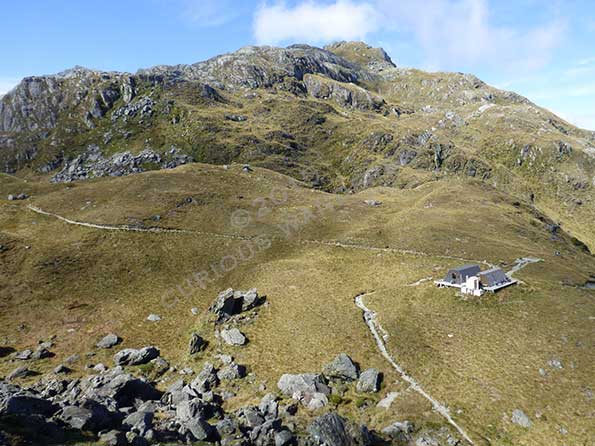 It was an hour and a half return walk up to the Conical hill, not an easy one! The path was steep and slippery, including a lot of climbing. But the view on the top was more than rewarding. One can perfectly see on the other side of the valley, surrounded by the beautiful mountains of Mt Aspiring Park. When we finally made it back to the Harris saddle, we headed back down, this time enjoying the clear views all the way down to the starting point where we arrived at about 6 pm.

As you can see, doing half the Routeburn (from Glenorchy to the Harris Saddle) in one day is totally manageable, but you have to allow from 8 to 10 hours to complete it. It’s not the easiest walk either, so make sure you’re in a good walking condition. Keep in mind that the track is almost 30km long, and good fitness and condition are a must. But once you’ve made it, you’ve probably done one of the best hikes in your life – this I can promise.