When we had an interview for our new job in Tekapo, we already knew that the Godley hotel, where we were going to be working, was old and outdated. But it wasn’t until we arrived there a week later to start working that we saw the real behind the scenes situation. 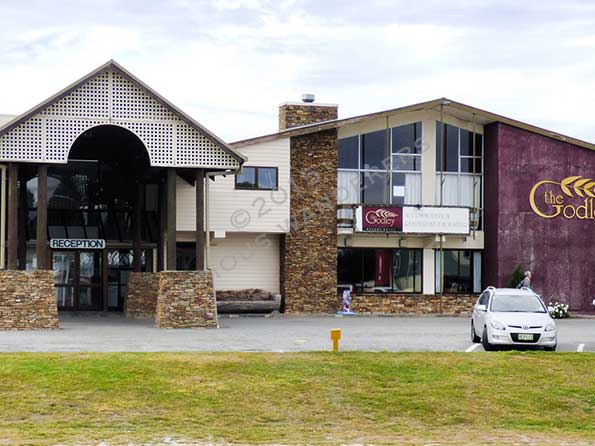 One of the managers, Mika, greeted us kindly, and we immediately started working as housekeepers for the first time in our lives. The housekeeping supervisor, a Philippino lady with a very strong voice, trained us in ten minutes and showed us how to clean a room and make a hotel bed. After that we were left alone, struggling with moving the huge beds and trying to fold the sheets properly (aka 45 degrees hospitality corner; housekeepers, you know what we’re talking about 🙂 ). Our boss Lalaine turned out to be a tough supervisor, and very detailed when it comes to work; she popped up every 10 minutes to see if everything was done properly – it wasn’t. We were feeling a bit stressed because we only had 15 minutes to clean each room, and then move on to another one, repeating the same thing until we have finished about 15 rooms. Obviously, we didn’t reach the minimum of 30 cleaned rooms on our first day, first of all, because we started working a bit later than others, and second (and most) of all because we were simply slow. 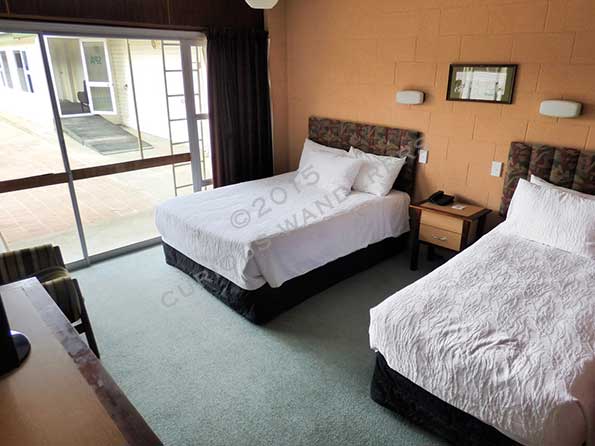 On our very first day, we already understood that the hotel is not only really old but also in urgent need of proper renovation. This fact became even clearer once we finished working and Mika took us to our room. Let me give you a little explanation here: everyone that works in the Godley hotel has the right to rent one of their old rooms for as little as 60$/week/person (this is three times less than what we were paying in Auckland!!), and the price also includes two meals per day. Let’s be honest, the deal is more than good, and for the price you pay, you can’t expect a luxury room. However, when we saw the room they were offering us, we were completely put off. The smell of it was repulsive; the carpet was half burnt; the bathroom leaking everywhere; in short, the room obviously hasn’t been cleaned once in the past two years, and more than obviously it hasn’t been renovated since it was built in the 60ies.

The managers Mika and Angie apologised for the state of the room, explaining that it used to belong to an Indian lady who had never cleaned it, nor opened the windows. Later on, we learned from the maintance guy Jason that, when the lady left the room, they had to scrub the mould off the walls, take out all the furniture to air it out and clean the room with disinfecting products. Still, when they gave us the room, it was simply disgusting, and I literally started to cry. Thinking that I didn’t want to live in this conditions (yet alone pay for them!), we thought that we would rather spend the first few days living in our van. We knew that ten days later a couple from Ireland was leaving the hotel and their room would be available for us to move in. However, living in a van is not the most comfortable option, especially if you’re working, so we suggested a deal: we would buy all necessary cleaning and disinfecting products to clean the room thoroughly in exchange for a lower rent. Luckily the managers agreed, and they offered us free accommodation for the first two weeks. We cleaned the room, made it as cosy as possible and after ten days moved to a nicer, more spacious, but still very old room overlooking the lake Tekapo. 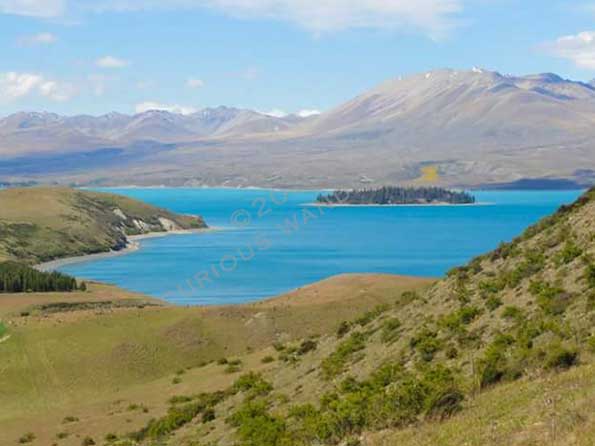 In the meantime, we already got to know all our work mates and got acquainted with our position in the hotel. We were either working as housekeepers under the strict eye of the supervisor Lalaine, or as waiters in the hotel restaurant. The two positions were diametrically opposed: housekeeping was a hard physical work from 8am to about 3.30pm, and every day there were between 65 to 70 rooms to be cleaned. We arrived in Tekapo in the peak season, and the hotel was fully booked every single day, accommodating mostly big Chinese or Japanese groups. On the other hand, working in the restaurant was really easy hours and money. The only busy time of the day was breakfast when we had to prepare a buffet for about 70 people each morning, but the rest of the time it was basically doing nothing. The restaurant closed after breakfast at 9.30 and opened again for lunch at 11am until about 2pm. During busy days, we had around 10 customers for lunch, but there were days when no one showed up at all. Late shift was even easier: it started at 2.30pm when the lunch finished, and the only thing you had to do until 6pm when the restaurant opened again for dinner was vacuuming the restaurant and mopping the floor, which took you about 30min. The rest of the time we were literally doing nothing. I still don’t understand why they wanted a waiter to be “working” during the time the restaurant was closed, but since those hours were (well) paid, we obviously said nothing. Dinner time was usually also quiet unless we needed to prepare a dinner buffet for a group, which maybe happened once a week. The rest of the days was similar to lunch: between 10 and 0 customers. But wait, here comes the funniest part: after we closed the restaurant at 9pm, we still had to wait a couple of hours more to close the hotel. There were only two people working from 9pm to closing time (10.30pm), a waiter and a receptionist. The main duty of the waiter during that time was basically to go and check the room if there was a complaint from a customer that something wasn’t working (eg. a light, a heater etc.), which didn’t happen very often. However, working in the restaurant mostly meant surfing on the Internet or watching TV, and being paid for it 🙂

After a few days of working in the hotel, we quickly understood that this was probably the craziest place we have ever worked at. People working there were coming and leaving almost weekly; there were people working in the kitchen who literally had no idea how to cook a simple pasta; the managers and the boss were inventing new pointless rules for us almost every week; the roster was continuously changing because they had a hard time coordinating all the people working there. The main reason for that was actually that the employees didn’t have a steady position, which basically means that almost everyone who was working at housekeeping, was also working in some other section: as a waiter (like ourselves), as a receptionist, as a kitchen chef and so on. One day you were serving breakfast to a customer, and the next day you were cleaning the room behind them. But hey, at least, it didn’t get (so) boring, I must say I kind of enjoyed the swapping between the positions.

Regarding people working there, we made some really awesome friends, especially among housekeepers. Our housekeeping supervisor Lalaine turned out to be the friendliest person ever. Even though she was really tough on us at the beginning, we truly started loving her after a little while. Her husband Abner was always smiling and probably the funniest person in the whole Godley. Other housekeepers and some of the receptionists were really amazing people to hang out with. Josie, a 62 year old lady who was also working in the restaurant, was the kindest person you can imagine. It was always a pleasure working and talking with her, especially because she has been a Godley employee for 25 years and was always enthusiastically talking about all the changes the hotel went through during these years. Unfortunately, there were not so many.

On the other hand, there were also people we didn’t get along with so well. Or, let’s say, there was one person we didn’t get along with at all. I guess calling out her name in this post could result inappropriate in some way, but this blog is about telling the truth and reveal the goods and the bads of our experiences. So, here’s our truth and I think this needs to be said: the general manager, a Chinese lady, still has a long way to learn how to act accordingly with this position. Respecting her employees and treating them all equally would be only the first step along this way. Luckily there was also Mika, the other manager, who turned out to have the more common feeling for people.

And that’s how our three months of working in Tekapo looked like: housekeeping, eating, hanging out with work mates, doing nothing in the restaurant, repeating the above. The best days were definitely during peak summer heat in February when we were spending our afternoons chilling on the beach and dipping our bodies in the cool water of the glacial lake.

We didn’t get out of Tekapo much, especially because the first bigger city was over 100km away. However, we did break our Godley routine once when we headed for a two-day trip to the east coast to see the famous Moeraki boulders and visit the penguin colony near Oamaru.

After three months, we left Tekapo and The Godley with mixed feelings, but as always full of new experiences and very grateful for the new things learned. Despite all the crazy and some uncomfortable moments, we are thankful for the people we met, thankful to our managers for having us there and giving us the opportunity to save some money for our further adventures. After all, this was still one of the best places to do it, and after some struggles, but also a lot of beautiful moments in Tekapo, we are now ready to continue exploring New Zealand and the world beyond.

3 thoughts on “WORKING IN THE GODLEY HOTEL, TEKAPO”