If you ever find yourself in Kaikoura, New Zealand, then swimming with dolphins should be on the top of your list. On our first stop there we didn’t seriously consider it because of the 170$ price tag, so we settled for walks and sea lion watching instead. But after hearing so many recommendations and good feedback from other people, we decided to return to Kaikoura and go swimming with the Dusky dolphins.

There is only one company that offers swimming with these wild animals and they are called The Dolphin Encounter. Even though the price was a bit high, I must say that it is very reasonable as they provide a lot of information on how to interact with dolphins, transport to the harbour and, of course, the boat itself, some food and drinks and the all important equipment rental. The neoprene swimsuit is vital here as the water around New Zealand is too cold to bear for more than a couple of minutes. Given the fact of the water temperatures, Rea decided she wouldn’t be going in the water, but rather stayed on the boat as an observer. 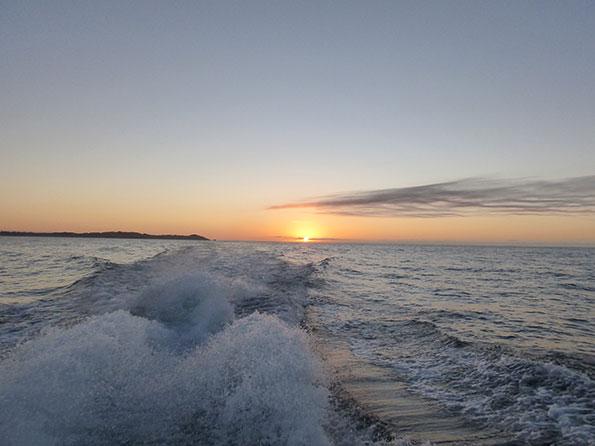 We took the earliest tour possible at sun rise, when the dolphins are supposed to be most active. It was hard to wake up early and getting in the tight neoprene swimsuit felt funny when half asleep. After a long introductory video, where a lot about the dolphins themselves was explained, we took the company bus transfer to boat and headed to sea just as the sun was about to rise. After about half an hour the crew spotted where the wild dolphins were, and steered the boat in front of the upcoming group of hundreds of dolphins. We could see multiple fins coming in and out of the water, amazed by the sheer number of them. They then gave us, the swimmers, the signal and we jumped in to the morning cold water. 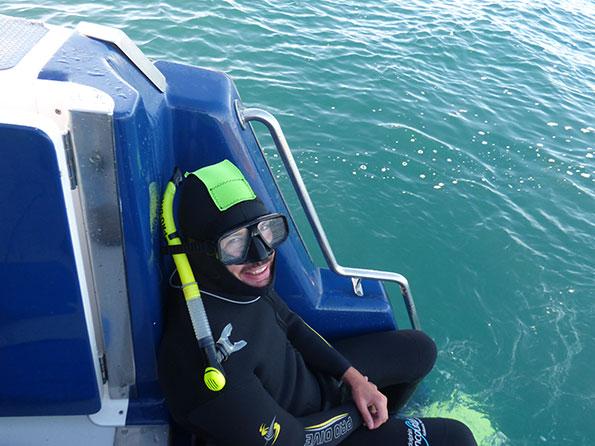 The cold was quite the morning shock, but nothing compared to the first sight under water. Immediately and suddenly, there were dolphins everywhere, swimming towards and around me. I must admit that at first, it actually felt a bit scary as I was a bit overwhelmed, and seeing all the fins in the murky water all those shark images started rolling in the back of my mind. But after a minute all the fears faded away and the indescribable joy started. The dolphins started coming to check me out, swam around me in circles and even slightly bumped into me now and again. They seemed just as interested in me as I was in them. They were very playful and a couple of them even let me to slightly pet them. But the most remarkable and personal thing was keeping eye contact with them. They swam really close to me and looked straight in to my eyes, holding eye contact with me while swimming around me in circles as long as I kept up. One even started swimming underneath me with its belly up and it seemed like he was smiling at me. The connection was there and it was amazing. Especially for me as I love the water and have felt at home underneath it since I was little. It was definitely one of the most remarkable experiences I’ve ever had. 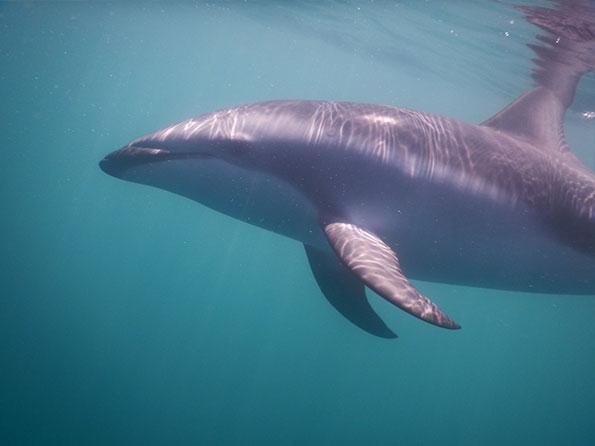 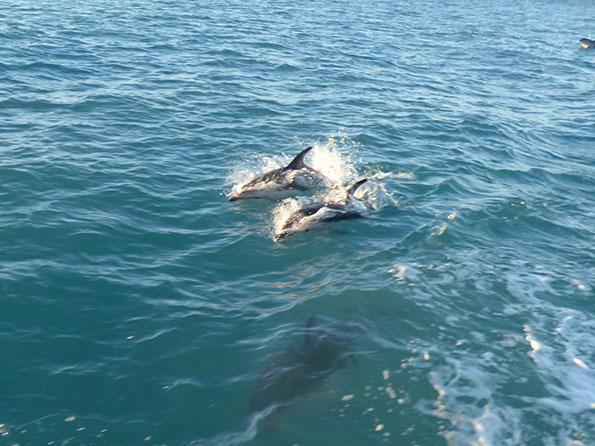 The boat picked us up after about 20 minutes in the water and drove us up to the head of the fast moving dolphin heard again. We did two more 20 minute swims and they were just as exciting and exhilarating as the first one. We were really blown away by the sheer number of them. There must have been somewhere between 200 and 300 wild dolphins there, and all of them where lively, moved fast and some where even gracefully jumping out of the water. After the swims, the boat was cruising with the herd for another hour or so, allowing us to enjoy and watch them from a different perspective. Soon after we headed back but the encounter left me amazed, happy and filled with the personal connection that I just had. 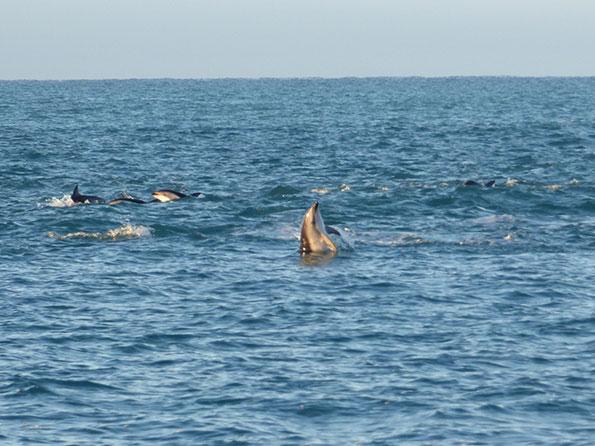 Swimming with the Dusky dolphins in Kaikoura was definitely one of the best experiences I’ve ever had, and with everybody that has ever done it, I would recommend it to anyone visiting this remarkable place. 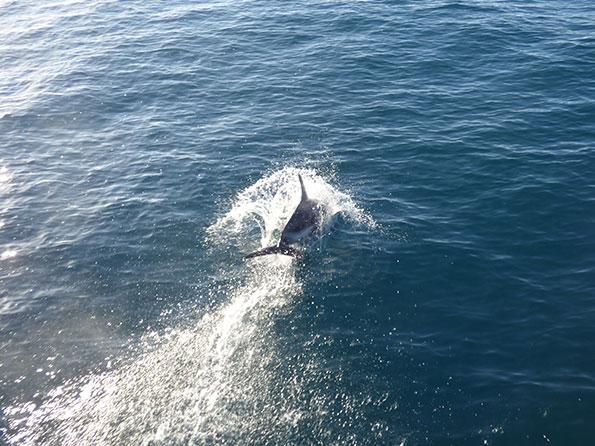 12 thoughts on “SWIMMING WITH DOLPHINS IN NEW ZEALAND”