After the first week of our New Zealand trip, we already got used to the nomadic style of travelling with our campervan. We usually ended up camping in a wild and remote campground in the middle of nowhere, and the first night after we left Aucklanad again was no different. We broke our journey to Rotorua on a beautiful lonely spot near a lake where we spent the night, and then continued to one of the touristic hotspots of the North Island.

On our way down south, we accidently found a magical Blue pool spring hidden in the middle of pastures; 2h walk from where we parked the car. We walked all along the crystal clear stream that led us to the green-blue pools from where most of New Zealand’s drinking water comes from. We haven’t done any hiking in very long time, and that short walk seemed ideal to start getting us in the form again. Only we didn’t know that another 3h long walk was awaiting us that same afternoon.

Rotorua, a cute city situated by the lake, greeted us with the smell of rotten eggs, and it took us a little while until we reached the first view point of our stroll in the Redwood forest where we spotted one of the many natural thermal areas surrounding the city. You could see steam everywhere, and we realized that the actual smell comes from the gas and Sulphur being released from underneath the geo-thermal active ground. 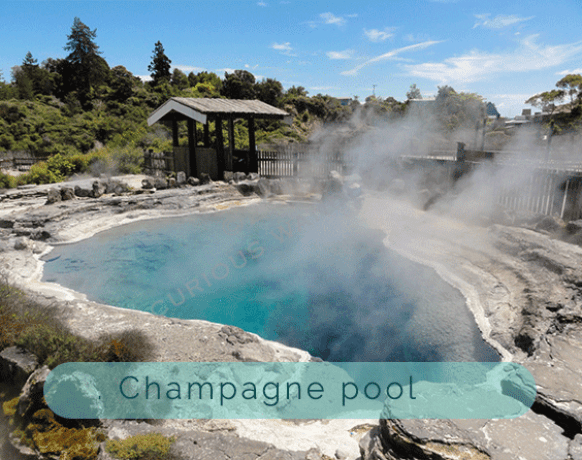 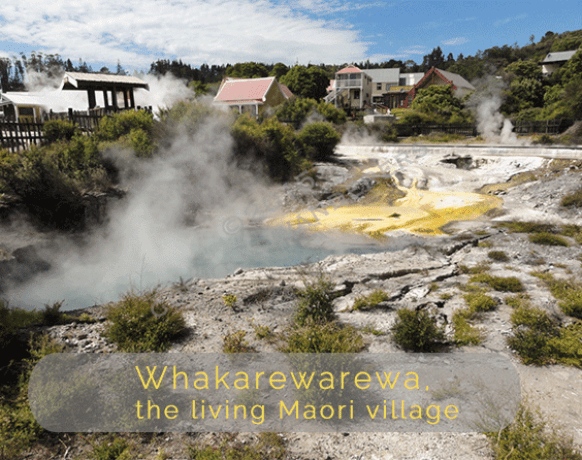 The next day we visited Whakarewarewa (pronounced as Fakarewarewa), the living Maori village, built on rich thermal volcanic grounds. We booked a guided tour, which is really something we’re not used to doing, but it was absolutely worth it. The guide took us around the village and explained us how the natives live in a beautiful coexistence with the nature. They need no electricity for cooking as they use an “underground” kitchen for preparing different kinds of meals. They also have a special system that brings natural hot water to small pools that they use for bathing. No heating system is needed either, as in cold days they simply sit on the warm ground where they do their activities. 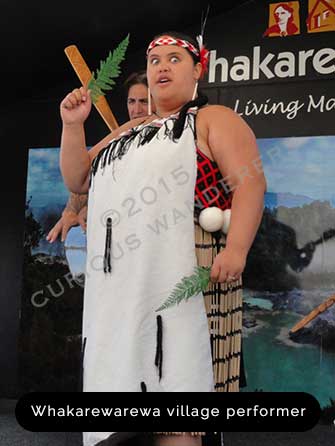 After that we saw an amazing Maori show where they sung traditional songs and, of course, danced the typical tribal Maori dance called Haka. They use different props, such as pois and spears, and make scary facial expressions, opening their eyes widely and showing their tongue.

Apart from learning the ancient way of living of the Maori, we got acquainted with many different and absolutely stunning thermal phenomenon: a crystal clear blue champagne pool which erupts every hour or so, and after each eruption small bubbles appear on its surface, chocolate-brown mud pools, a steamy lake, a blue geyser that erupts up to 30m high and many other amazing things. 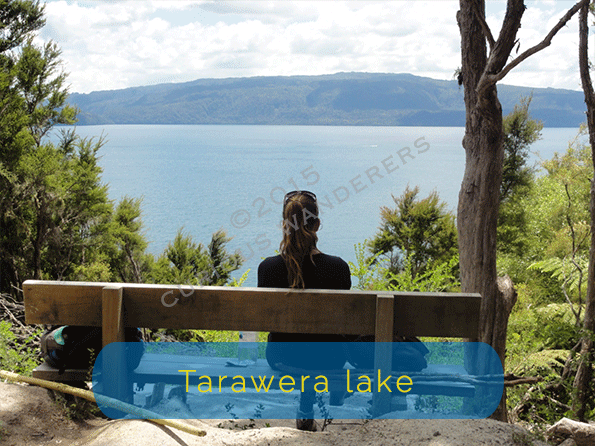 After visiting Whakarewarewa, we spent the day discovering the city of Rotorua and making further plans. We were both very excited about climbing Mount Tarawera, a volcanic mountain, but we sadly realized that it has been given back to the Maori and is now only available for guided tours. Instead we did a nice one day hike along the lake Tarawera and the next day headed southern down, to Wai o Tapu.

Wai o Tapu is another of many volcanic thermal areas of the region, but offers the most spectacular views of all. First we visited Lady Knox, a geyser that erupts every day at 10.15am, a fact that we found quite surprising. But soon we found the explanation: about 100 years ago, Lady Knox was surrounded with forest, and there was a prison situated right next to it. One day the prisoners were asked to clean the surrounding bushes when they came across the geyser and realized the water coming from it was hot. They came up with the idea of using the hot water to wash their clothes, so one day they tried to see how it works. They started doing the laundry and soon afterwards their clothes went flying in the air: the soap they used for washing produced a chemical reaction and the geyser erupted. Today they throw an organic soap in the geyser every morning, which produces an artificial eruption for visitors to watch. It is quite an amazing thing to see, but we were even more amazed about the things we saw afterwards. 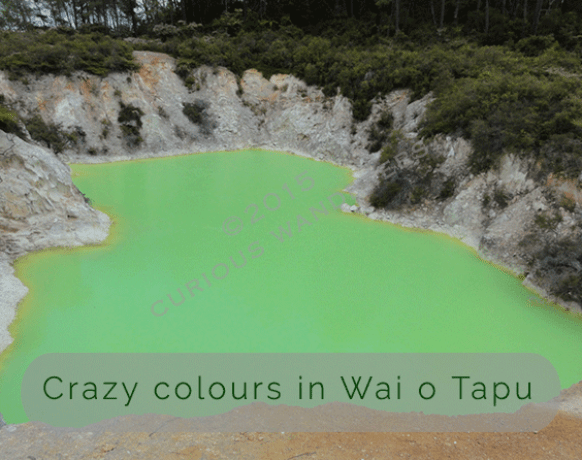 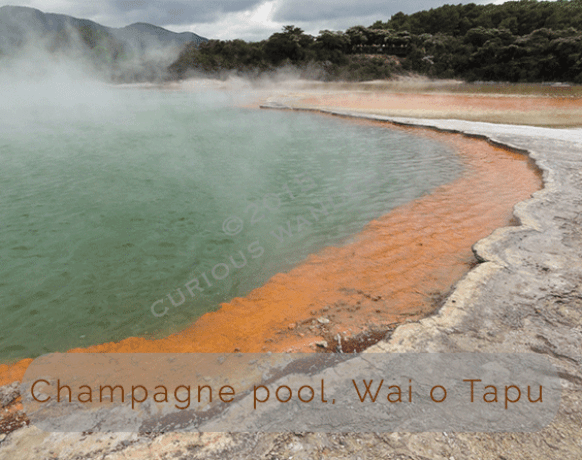 We entered the “thermal park” of Wai o Tapu and had a long 90min walk through it. We had never seen such things before, from different holes, lakes, pools and rocks full of all the possible colors you can imagine: red and orange for iron, fluorescent yellow for Sulphur, gray and white for silica, pastel green, ammmm, we don’t know this one :), and many others. The main attraction of the park is definitely the Champagne pool, a big steamy lake surrounded by a bloody orange crust, but the fluorescent green-yellow lake we saw at the end is equally impressive.

Rotorua and its surroundings were absolutely one of our favorite spots not only in New Zealand, but also on our whole trip. Anyhow, if Rotorua was amazing, our next stop was supreme: the Tongariro alpine crossing blew our minds away.

2 thoughts on “THE THERMAL WONDERLAND: ROTORUA AND WAI O TAPU”