We left rainy Wellington behind, and after an almost 3h trip on a fancy ferry, we arrived at the South island of New Zealand. Many locals say it’s like a completely different country, and we were really excited to start exploring it.

When we arrived in Picton, it was much warmer, but also extremely windy. By that time, we already knew that the wind would be our constant companion in New Zealand, and we kind of started getting used to it. We learned how to cook, drive and walk in extremely windy conditions, and although most of the time it’s not fun at all, we accepted it as part of our experience. 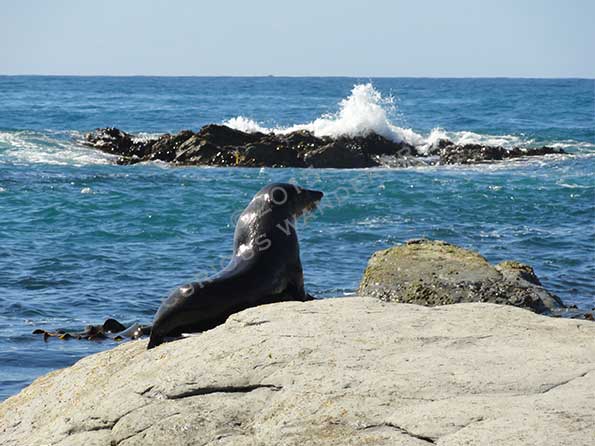 As soon as we left Picton and headed down the east coast, the landscape started to change. It was much drier and it actually felt like we arrived in a completely different place. While driving along the coastline we were observing desert like hills until we reached the sea and stopped at a free campsite to spend the night before we continued towards our first stop – Kaikoura. On our way there we stopped in several spots to observe the seals lying on the rocks and waking up with the morning sun. It was a really special moment for us as we had never seen wild seals before, so we took a lot of time to observe them and took hundreds of photos. They were so calm and quiet and it was absolutely beautiful to see some baby seals playing around and cuddling with their moms. Once we arrived in Kaikoura we were able to approach them even closer and were very surprised how calm they remained despite our presence. 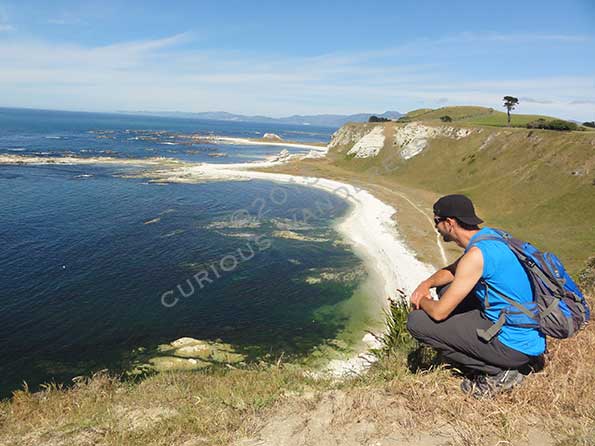 Kaikoura is a small coastal town that offers countless options of whale and dolphin watching. All those options were obviously way too expensive for backpackers like us, so we had to satisfy our curiosity with a 3h peninsula walk that offered us amazing views of mountains and turquoise water. Apart from the beautiful and wild nature that proved to be New Zealand’s highlight, we couldn’t help but be amazed by the crazy colours it has to offer. Sometimes it feels like you’re part of a fairy tale, surrounded by so many different shades of all possible colours we didn’t know even exist. Kaikoura’s sea was intense turquoise surrounded by snowy mountains, and sometimes it was like we were living in a postcard. To finish our Kaikoura fairy tale, we spoiled ourselves with freshly prepared fish and shrimps in a local restaurant and then continued our journey towards Christchurch. 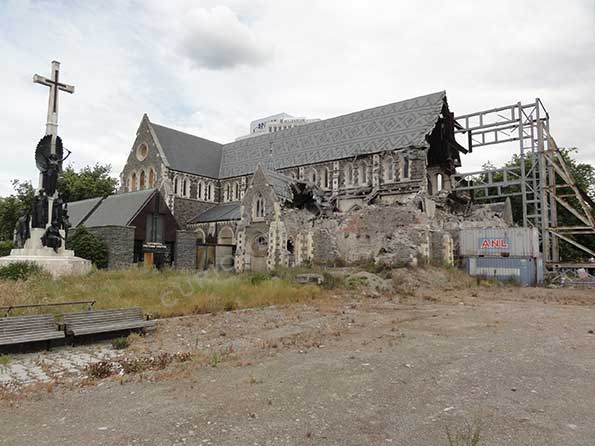 Christchurch cathedral showing the sad story of an earthquake in 2010

Once a city with nice architecture and good vibe, Christchurch is today a bunch of collapsed and partly renovated buildings – a consequence of one of the strongest earthquakes in New Zealand that happened in 2011. We arrived there on a sunny day and met our Slovenian friends Nino and Monika for a cup of coffee in a really cool cafe in the centre of the city. They gave us some good tips on what to see in Christchurch and around, and soon we realized that there is sadly not much left of the city; we saw a collapsed cathedral, walked through the famous shopping centre made out of ship transport containers, had a walk through the huge Hagley park, had a shower in a fitness centre and then headed towards Banks peninsula, to the town of Akaroa. 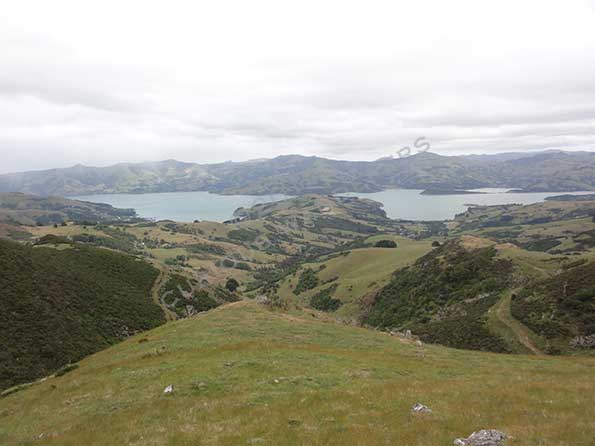 On a rainy day towards Akaroa

We took the so-called “tourist drive” to get there, which meant a lot of ascending and descending on a narrow winding road, but the views were spectacular despite the clouds and some raindrops. We immediately liked the small and cosy town, but surprisingly realised it was very quiet and empty. Considering it was almost mid December it was also considerably cold for that time, but we still enjoyed our stay there.

However, by that time we were on the road for almost a month, and after we checked our expenses and the bank account we were absolutely shocked. Although we were travelling on a really tight budget, meaning that we were cooking for ourselves, sleeping in free campgrounds as much as possible, avoiding any extras such as coffees or ice creams, we were still spending a lot of money. Most of it on gas and food, and suddenly we realised that it would be more than convenient to find a job and start working again, otherwise we would finish our trip around New Zealand completely broke. A bit stressed, but determined to find a job in the next seven days, we headed towards lake Tekapo, probably the most beautiful place we’ve seen on our travels so far.

2 thoughts on “WELCOME TO THE SOUTH ISLAND OF AOTEAROA”