We are two curious souls who have chosen to sell our belongings, leave our comfy homeland and go on an adventure of our lifetime.

We met in 2013, and soon we found out that we both share the same desire and passion for discovering different countries and cultures. The decision about leaving Slovenia and start exploring our beautiful planet was made in less than 10 seconds: Rea: “Would you like to come travel with me?” Nejc: “Sure, why not!” After a week, Nejc quit his job and we decided to hit the road and travel the world. Or at least part of it. 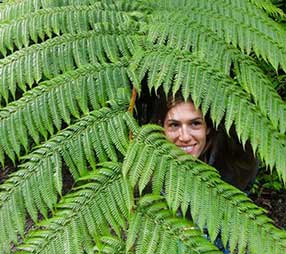 Rea is a wanderer by nature. When she was a little girl, she would disappear to explore hidden corners and get lost wherever possible. She is also a bookworm and loves to learn foreign languages. She studied Russian and Spanish Philologies in the Faculty of Arts in Ljubljana. At the age of 20, she suddenly felt that Slovenia became too small for her, and went to explore her favourite country: Spain. At first her adventure was supposed to last only four months, but those four months somehow turned out to be, well, six years. After six years living in Granada (and some months in Barcelona), she finally returned to Slovenia where she met Nejc. 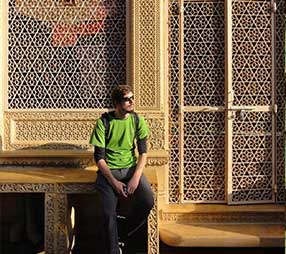 Nejc, on the other hand, never lived abroad, but he got a great opportunity to work in one the most famous hostels not only in Slovenia but in the whole Balkans, where he met plenty of interesting people from different parts of the world. He graduated in Catering and Tourism – a perfect combination for a curious wanderer. He used to say that if you work in a hostel, the whole world comes to you and you don’t need to travel, but he soon found out that doing it the other way around is a much better way to explore.

So, here we are now, on the train to Belgrade, writing this post and waiting for the adventure to happen.